Traditional OCR vs. AI: The Champion of Invoices 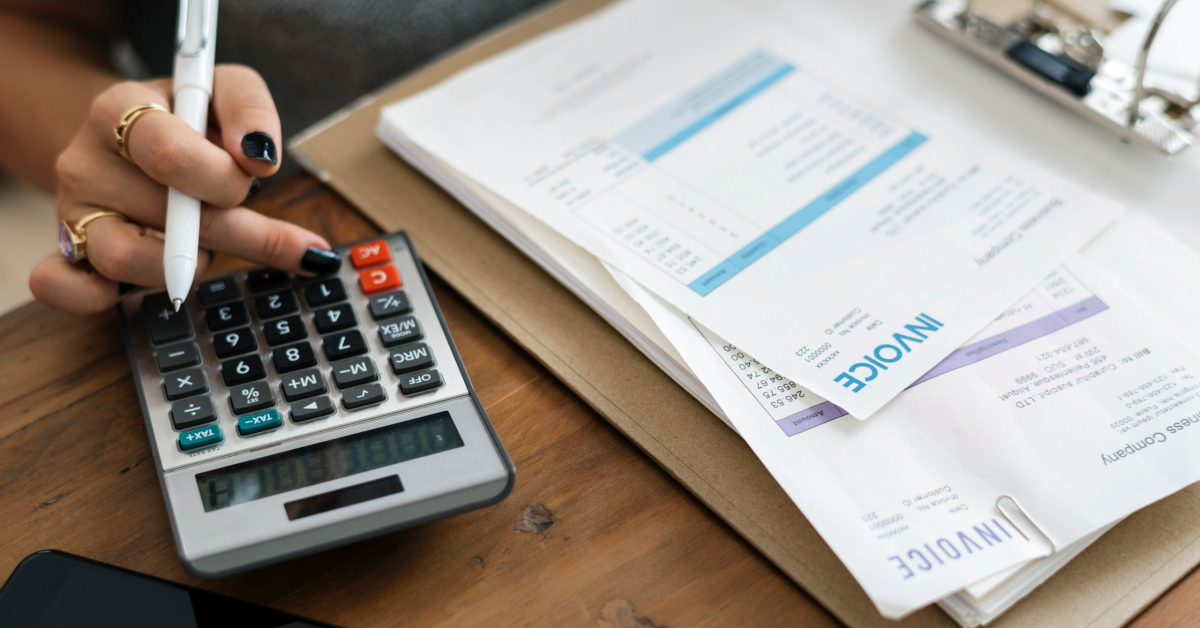 When it comes to the technology that can influence your internal business processes, AI is changing the game. Manual data entry is quickly becoming outdated, and in its place solutions are being implemented that reduce time and costs, while increasing accuracy and productivity.

Is it possible to determine who is the champion of invoices when it comes to data capture – traditional OCR or AI?

Try out an AI solution

What is OCR?
In terms of capturing data from business documents, the long-standing technology has been OCR. Optical character recognition is a fancy way of saying the technology that recognizes text from a document or image. This has been the go-to solution for decades.

Most people thought that this solution solved the manual data entry chore required for capturing data from documents. The output is highly accurate when it comes to documents with low variability.

Although the setup process can be annoying and time-consuming, the reliability of the text recognition is sufficient. OCR is also used in pattern recognition and computerized typesetting, and can now even recognize handwriting.

For OCR to work, rules and templates need to be set up, as shown below for the same field on many different invoices:

Practical Application: Invoices
OCR can be used to accurately capture data from other business documents such as invoices.  To perform this task, it is necessary to set up rules and templates for each field.

Another, more practical application where OCR has already been used for decades, and will continue to be a powerhouse is within the postal system. This is because OCR can be designed to mark codes for easier sorting with high-speed sorting machines, and because there is low variability with letters and packages, the process is much easier and the output is accurate.

Difficulties with Traditional OCR:
When it comes to OCR, rules and templates are required in order for the technology to actually capture the necessary data. This means a long and expensive set up process because each individual alteration requires a new rule.

There are also streams of errors that can arise such as false positives from having zero flexibility in regards to document variability. OCR technology cannot be totally automated – there will always need to be more rules set up. For instance, when it comes to invoices, every field needs an individual rule.

What is Artificial Intelligence:
According to the Merriam-Webster dictionary, Artificial Intelligence is “a branch of computer science dealing with the simulation of intelligent behavior in computers” with “the capability of a machine to imitate intelligent human behavior”. AI can be used in almost every aspect of our daily lives, from chat bots, to Siri, Netflix, and even the cars we drive (Tesla).

To one day achieve artificial intelligence, it is necessary to utilize artificial neural networks.

What are Neural Networks:
In the simplest terms, a neural network is “a series of algorithms trying to recognize the underlying relationships in sets of data that mimic the way the human mind operates”.

The first proposal of neural networks was in 1944 by Warren McCulloch and Walter Pitts, University professors who were said to be the founding members of the first cognitive science department. Later, in 1954, Belmont Farley and Wesley Clark, from the Massachusetts Institute of Technology, were successful in creating the first artificial neural network. They trained their network to recognize simple patterns which paved the way to neural networks as we know them.

Practical Application: Invoices
A practical example, where AI can be used to train neural networks is with invoices.

Invoices have a very high variability, and over 550 billion invoices are forecast to be issued globally each year. To extract data from all of these invoices, it would either require endless manual data entry tasks, or an insane amount of time spent setting up rules and templates for each field, varying for each vendor (as with OCR).

AI can work for other business documents as well, and does not require the same set up of rules or templates, working from day 1. See how AI can do the work on your own invoice through OCR deep learning.

Difficulties with AI:
According to Forbes, of companies interviewed, 61% see developing AI as an urgent issue, while only 50% have implemented some kind of AI. At the same time, 83% of respondents believe that AI is a strategic priority for businesses today.

This shows that there seems to be a lack of leadership support for AI initiatives along with a continued cultural resistance to AI technologies. There are still barriers to adoption, especially since AI is still a relatively new phenomenon. It seems that there will be some time before AI is fully accepted and implemented into more businesses.

The Power of AI for Invoices

So who is the champion of invoices: Traditional OCR or AI?

There is no correct answer to this question. In the end, it will depend on what work needs to be done and what the end goal is. Document OCR works for certain industries, but is slow and time-consuming for others.

In the case of invoices, it comes down to what problem are you solving. AI has a specific advantage compared to traditional OCR in terms of not requiring templates and rules, so the best question to ask is whether this is a barrier for extracting data from invoices in your case.

There are some simple cases where traditional OCR may make more sense – specifically, when all invoices come in the same format or in a few fixed formats, because setting up the rules is pretty straightforward. Another one is extracting highly specific information that is always encoded on an invoice in the same format (say, licence plates or power consumption) – training the AI may be challenging as it does not benefit from the data gathered across all users of the solutions.

But if you are just looking at processing the regular mix of invoices a business receives, the AI is highly accurate and adapts to all kinds of layouts – an AI solution is better and it’s not even a close contest. In practice, developers can then just go ahead and extract data from invoices using AI in only a few lines of code, like in this example. And best of all, as the technology will continue to advance in the next few years, the accuracy and data coverage are only going to get better. 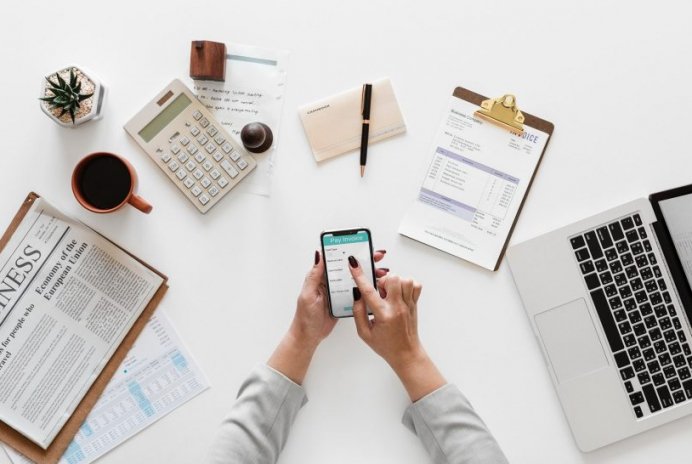 Artificial intelligence (AI) has captivated and inspired us since the dawn of mankind. We can see this in the myths and stories of civilizations throughout the world, from sentient statues 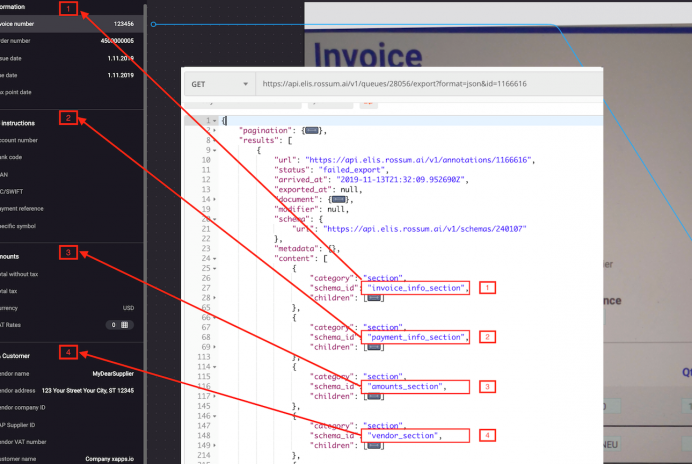 In this week’s installment of our series of Rossum integration success stories, we’re pleased to present an abridged version of a post written by certified SAP consultant Kimveasna Pen. More 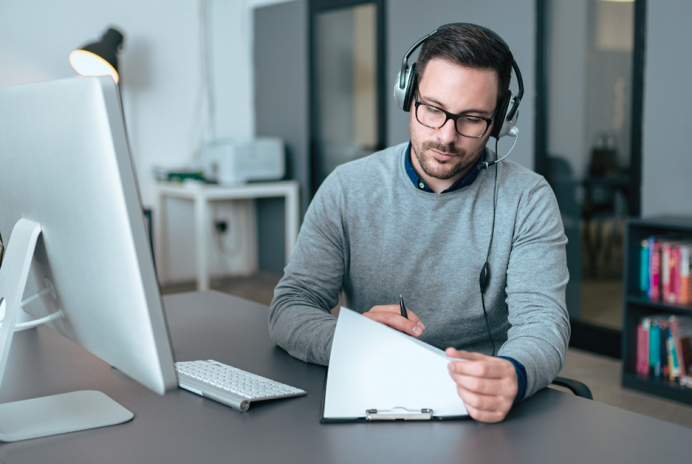 Shared services centers are under a lot of pressure to process large volumes, but a modern IDP solution can help.